Hello and welcome back to my blog.

Today I just have a few photos from the 30 day colouring challenge. I picked a couple and thought I would add more detail to the photos. 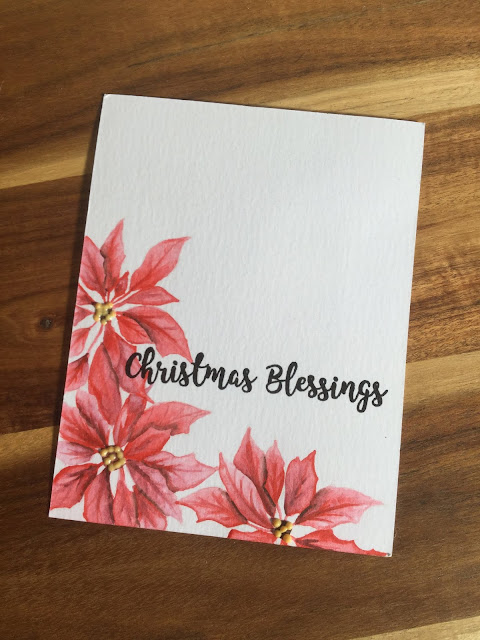 I used an older Penny Black set called Wonder Collection. I hate to say it I hadn't used it!!
Now, my watercolour (yes we spell it like that here in Australia) isn't wonderful but you need to practise these things to get better.

I used Altenew's watercolour set I borrowed it from a friend to have a play. The colours aren't labeled but I used 2 types of red and a little bit of brown in the centre of the flowers. I layered up the colours letting them dry in between coats. Honestly I think I lost some leaves after looking back at the stamp. Nevermind! 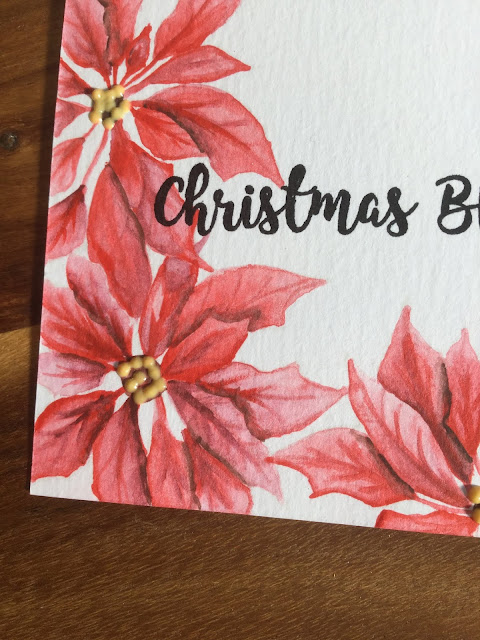 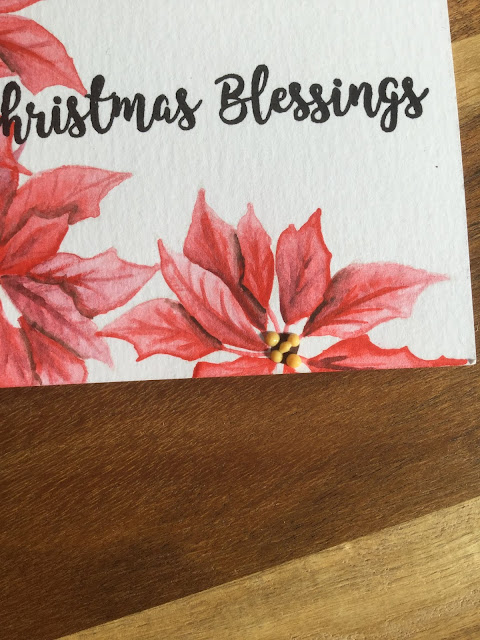 I also used some Nuvo Sugared Almond Crystal Drops. I have let some dry and applied more so they wouldn't blend all together. 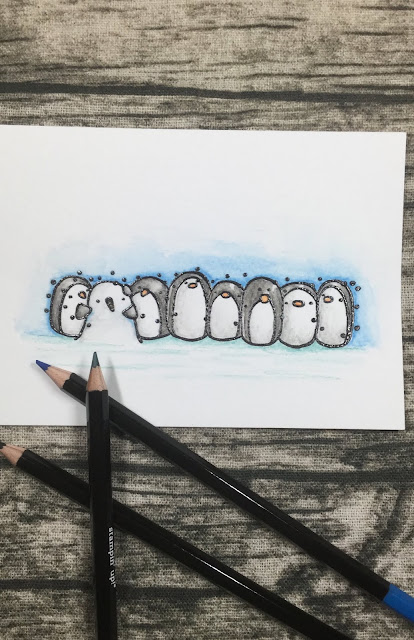 I hope you enjoyed. See you next time.

Posted by Natalie Walsh at Saturday, November 23, 2019 No comments:

Black and White with a Pop of Colour

My friend Michelle Lupton from Handmade by Michelle invited me to join her in a challenge she runs each year. It is called "Challenge me a Christmas Card". Really it is a brillant way to get some Christmas cards done and have some fun doing it!!

I set the challenge of Black and White with a Pop of Colour. First thought is to go red.... Christmas. I also thought others might do flowers or Chrissy hats.

Then I came across a stamp I hadn't played with yet. It's called Little Elf Ava by Penny Black. She is super cute. The star really stood out to me. 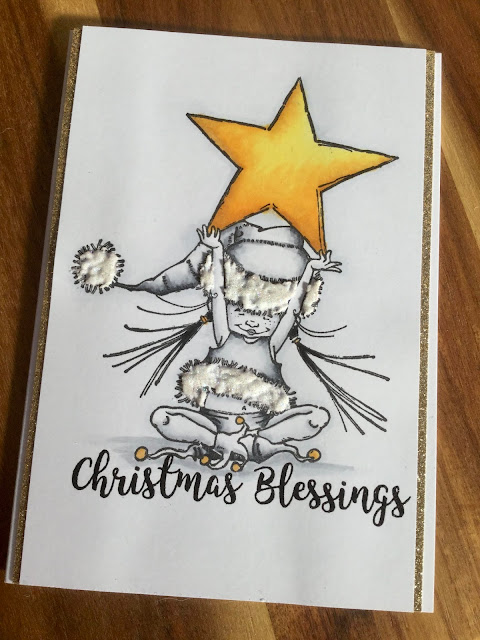 Did the card go to plan... no!! had a problem of the Copic vomiting, so to speak, onto the image. To make matters worse, I didn't learn the first time and I allowed it to happen again! Grr! It was a new Copic and one I hadn't had a play with yet but I will show you how I got around that. I had spent way too much time on it and I am definitely no quitter! 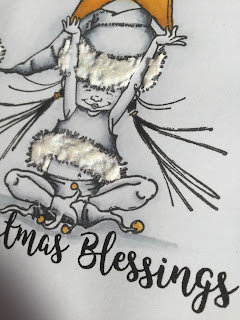 I stamped both the image and sentiment in Momento Tuxedo Black, however I do go back in later and go over the sentiment with Versafine Onyx Black.

I will be posting a video once I have sorted out some sound issue. First camera and now sound! Just when I thought I was getting on top of all of this! So I will post a video hopefully soon and you can  see how I coloured it.
The little girl I used all of the C's listed but I used the darker version for the clothes and lighter for skin to add the definition. I also added some of the yellow on the bells on her shoes to so the star wasn't completely alone.

So I came to the "fluff" on the hat and I was happily colouring and suddenly a big drop of ink fell onto my image. I found my old C1 was always going dry so I invested in a new C1 sketch marker. I have never had the problem of overfilled marker before...

It is an easy fix, where you can just remove the lid on the other end of the marker and it seems to equalise the pressure and stop it leaking.

To fix this problem was simple, THANK GOODNESS! The drop fell on the fluffy part of the hat and this gave me an easy out. I recently bought some Cadence Icy Snow from a shop in Nowra. ( The link is to an online shop, not the one I got it from) 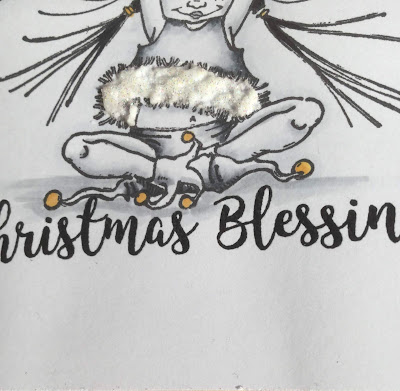 It is very thick stuff and dryish, you can apply it in a few ways. Apply it with a brush and this will give you a thin layer and you can also apply it with a palette knife. I chose option 2 but this isn't easy on such a small area. The second drop was easy as well as I could include it in the shadow for the background. Thankfully it wasn't a super dark colour!

I decide my sentiment wasn't dark enough. I still had the stamp in my MISTI so I stamped it again and embossed it with clear embossing powder. Do be careful with your Copics around embossing powder.

I cut some strips of gold glitter card stock, so it would match (sort of) to the star and used it to frame the image.

That is it, I decided it didn't need anything extra.

Check out the video here.

Do pop over to Michelle's blog here to see her card.

Thanks for stopping by. Take Care

Posted by Natalie Walsh at Monday, November 11, 2019 No comments: