If you don't know me or read the about me on the side you won't know I have 3 sons. My young I call "Bug" I don't really know why I started to call him that but I did. I think it was from when he was very little and he wouldn't go to anyone else except me and my husband and unfortunately for my husband he would quickly come back to me once his hellos had been said!

It was super sweet and maybe because he wouldn't leave me be, in a nice way, I started to call him bug!

Last weekend my "Bug" became my "Big bug" and turned 13! Where have those years gone!

My card today was for his Birthday. I wanted to fairly plain and simple and I hope you enjoy it. 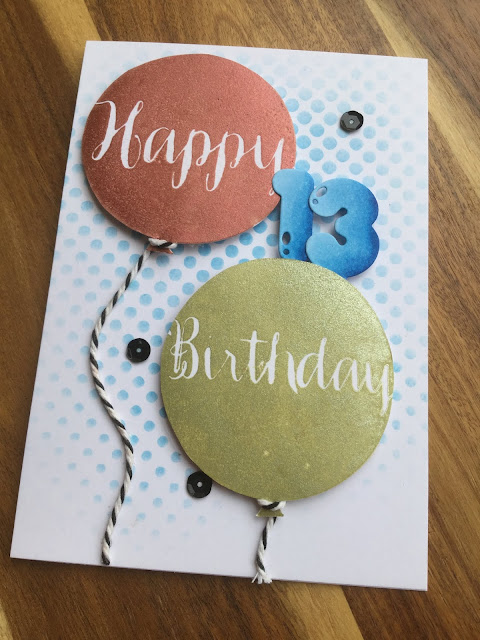 Stamps I used were Avery Elle Balloons and I used the dies to Avery Elle Numbered Balloons. 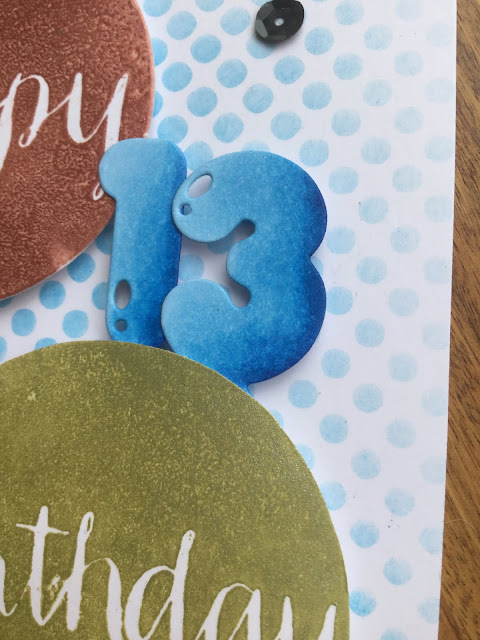 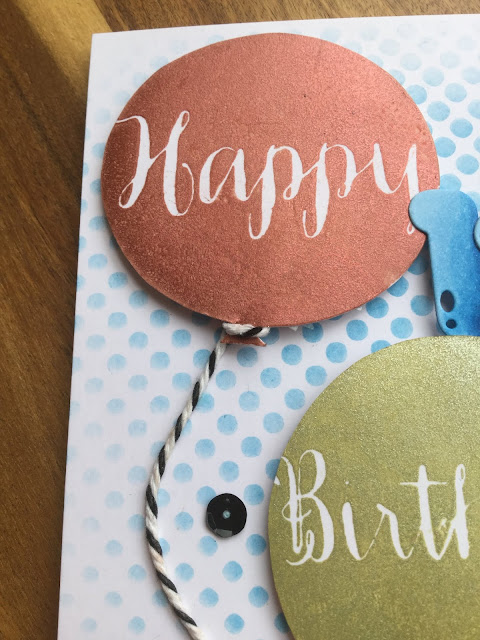 The 2 balloons were stamped in Couture Creations Card Deco Inks of Pearlescent Bronze and Olive Green. I had to heat set it and still then it was wet, I did stamp it a few times as the stamp is a very solid image. I cut it out using the coordinating dies but it slipped (me being lazy with the tape) so I trimmed them up by hand. I do prefer no white edge.

The background needed something, using the Halftone stencil from Paperrose and Salty Ocean distress ink I added a little bit of colour to the background.

I had some black and white twine in my stash and wrapped it around the ends of the balloons and added more to make a tails. Once these had foam mount to add dimension to all of the balloons I used multi matt medium to the tails so I could make them curve around down my card. Added a couple of black sequins so the black in the twine wasn't alone and that is my card.

No video today due to the fact I filmed in on my phone and I can get it off the phone but nothing can read it to edit it!!!

So as soon as we work out how to do it I will edit it here.

Thank you for stopping by.
Posted by Natalie Walsh at Thursday, October 24, 2019